For people with rheumatoid arthritis (RA), the period shortly after diagnosis is often filled with uncertainty as they search for information to make treatment decisions. Led by Dr. Linda Li, our team developed an online decision aid to help.

ANSWER (Animated Self-serve Web-based Research) is an online decision aid that combines the best scientific evidence with ‘real-world’ information to support persons with RA when making decisions about methotrexate with their doctor. ANSWER is now available for free public access here via the Arthritis Research Centre of Canada’s website. 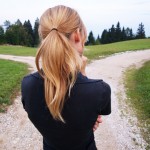 During ANSWER’s development, we recruited 30 people with RA in British Columbia, Alberta and Ontario who had been recommended methotrexate by their rheumatologist but felt unsure about starting the treatment.

Before and after using ANSWER, we asked participants to fill out detailed questionnaires about the level of uncertainty in their decision making about treatment, as well as their knowledge of methotrexate.

Findings showed that participants felt significantly less uncertain after using ANSWER. It was also found that ANSWER increased participants’ knowledge of methotrexate, but did not change participants’ perceptions of their ability to manage their health care.

Eleven participants also took part in in-depth interviews to give feedback on their experience of using ANSWER. One participant was later quoted in the Canadian Institute of Health Research’s Summer 2012 newsletter:

“…one of the most important parts, I think, was helping me to understand my values around my health and my life, my lifestyle, and weighing those alternatives, weighting those different options, and that’s what helped me make my decision, was being able to understand what was most important.”

Building on the success of ANSWER, the team received funding to develop a decision aid called ANSWER-2 for people with RA who are considering biologic treatment.

Scientific posters presented about this study include:

Development and Usability Testing of ANSWER: A Web-Based Methotrexate Decision Aid for Patients with Rheumatoid Arthritis Presented at the 34th Annual Meeting of the Society for Medical Decision Making, Phoenix Arizona, October 2012

Scientific papers published about this study include: