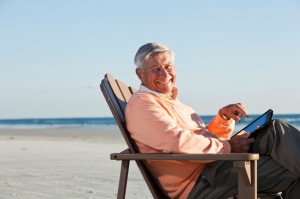 Chronic diseases such as dementia and arthritis are the leading causes of decreased mobility in Canadians aged 65 and over. Arthritis alone affects 4.6 million Canadians and it is estimated that one new case of dementia is detected every 4 seconds. The impact of these diseases on an older adult’s quality of life can be devastating, even fatal if not treated appropriately.

The good news is that the health of older Canadians could improve drastically if we simply act on what is known today. There have been major advances in knowledge of how to keep the brain and joints healthy but, despite this, proven ways to prevent these diseases (e.g. regular exercise) and treatments (e.g. weight management) are not being used to best effect.

A new team of health researchers and computer scientists called ICON* has come together to develop innovative technologies (e.g., mobile apps, wearable health tracking devices) that will support people to put the best evidence on brain and joint health into action in their everyday lives.

Scientific posters presented about this network include:

Reports from this network include:

Alzheimer’s Society of BC